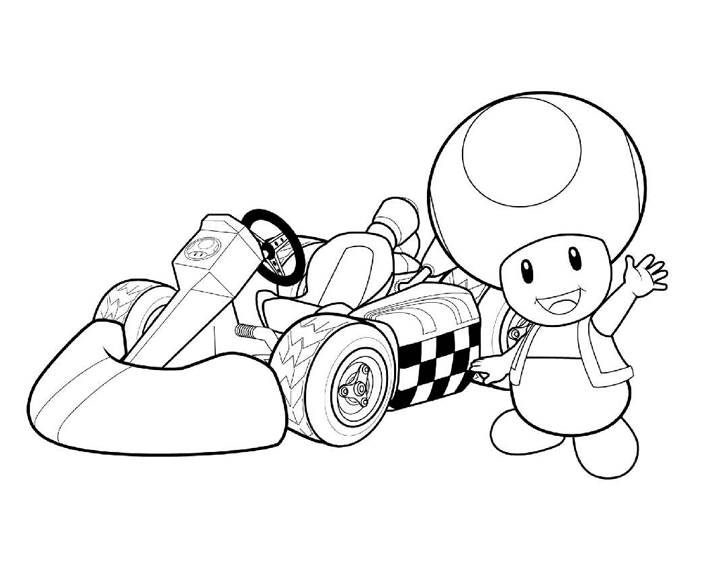 In honor of National Mushroom Day (October 15th), we want to share with you a coloring page featuring the world’s favorite mushroom: the mushroom from Mario! You can see the picture here on the left and will find a link to it below. The Mario games were developed by a Japanese game developer and became one of the best selling video game series of all time. It really revolutionized video games as we know them today, and the games are still popular decades later. Some adults still have their retro versions and game systems to be able to play their favorite childhood game anytime they want. For these coloring sheets and more free printable coloring pages, look at our home page at PrintablesFree.com.

You can find the mushroom coloring page here. As you can see, it’s a great image of one of our favorite video game characters. The mushroom does a couple of things within the game. First, some mushrooms make Mario larger. Second, if he is already larger, a mushroom can provide an extra life. There are many different “hidden eggs” in the game where you can find lots of mushrooms. Today, you can find this information easily on the internet, but back in the day, you had to find them by trial and error and lots of game playing. Kids today have it easier than we did, even when it comes to video games. Would you like to know more about the mysterious mushroom and its powers in the Mario video games? Read for more fun facts below.